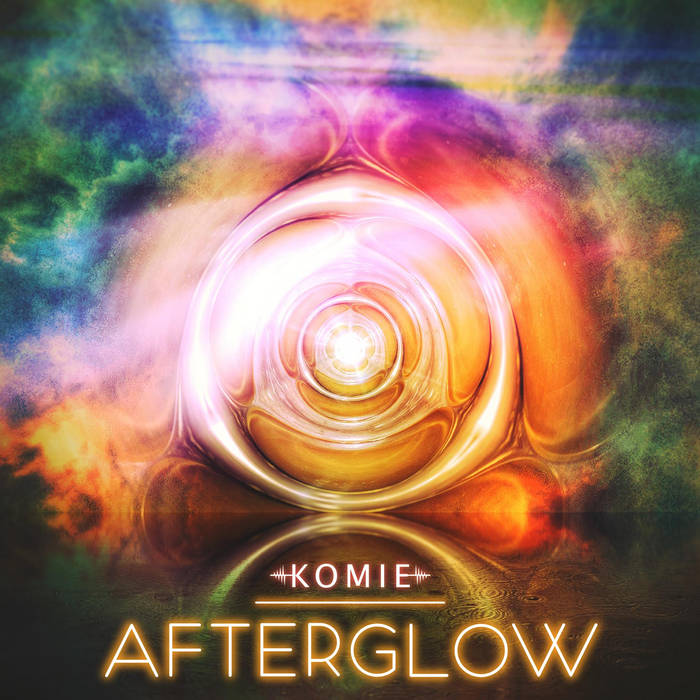 The Prog Mind writes, “Afterglow is truly a beautiful album...the sheer inspiration and colorful feelings of hope that define this album are undeniably striking and mesmerizing...feels more life-giving and positive than most anything I've heard lately...This album is an artistic triumph...”

Progressive Music Planet writes, “Afterglow is filled with incredibly tasteful playing and great songs”, and “there’s so many great moments that each time I listen, I hear more of them...This is how it’s DONE."

Award-winning guitarist and composer Komie has already enjoyed a successful career creating music for hundreds of hit shows and has won several Emmy Awards for best music, 3 BMI TV Music Awards and a Clio nod along the way. But despite all of these accomplishments, Komie desired something more: a project made purely for the art of it. No boundaries except one — it had to express the deepest part of his artistry at the highest level possible.

Thus the concept of Afterglow was born.

Today, Komie will release the breathtaking video for “Cirrus Flow,” the first single from the upcoming album. In announcing the video, Komie shares the story behind the visual and gives his take on the piece. During a trip to the Rockies last summer, he witnessed The Great American Eclipse and the idea for the Cirrus Flow music video was born. “We were dead center in the path of the eclipse, hundreds of people on a mountaintop, bustling around and talking. Then it happened...the moon inched its way across the sun's blinding light, the sunlight yielding to the solidity of the moon. At the instant of totality, something magical happened. There was an instant hush, no one said a word; everything went dark...We all stared up in awe. The corona reached out with shimmering, undulating flares beyond the blackness of the moon. The colors and glowing luminescence were other-worldly, like we were witnessing something holy and transcendent. Not in a man-made religious sense, but natural and universal.”

Inspired, Komie transposed what he experienced into the uplifting, transcendental feel of the music and video. The story follows Skye, a beautiful woman who unexpectedly journeys to distant, magical worlds. She encounters an enigmatic man who helps her unlock the strongest, most extraordinary parts of her essence. Skye discovers her inner power to heal, courage to transcend the challenges she faces, and tenacity to find true love despite many obstacles.”

WATCH THE VIDEO FOR “CIRRUS FLOW”:

“I’m excited about releasing this new album, it’s truly a project from the heart. Some of you might be familiar with my music for television and film. In that arena there are sometimes limits to what an artist can do musically, especially in terms of lead guitar and solos since the music can be under dialogue. But Afterglow is different, there are no limits. A blend of progressive rock, post-rock, and alternative styles, I crossed any musical boundary as long as it was true to the song. Leaving no stone unturned, I developed each piece to the fullest. Through this process of discovery, my best composing and guitar playing began to emerge. Hope you like it as much as I enjoyed creating it!”

Afterglow was written and recorded in Komie’s studio in Los Angeles and is comprised of 13 tracks. Along with the album, Komie is in the midst of producing and co-scripting three additional music videos that will feature songs from the album and capture the exciting, inspired feeling of the music within human stories of adventure, fantasy and love.

Guitar virtuoso Komie has enjoyed a successful career creating music for hit shows including Ozzy Osbourne's World Detour, NASCAR, Dateline & The Amazing Race. He's also won several Emmy Awards for best music. Despite these accomplishments, Komie desired something more: a project made purely for the art of it & produced with the highest quality possible.

Thus the concept of Afterglow was born. ... more

Bandcamp Daily  your guide to the world of Bandcamp

Featured sounds by K.Spark and WIZDUMB, plus Basi joins the show to discuss his latest release.